Last week I encountered a time consuming issue by a customer. When trying to PXE boot 10 PCâ€™s at the same time from a ConfigMgr 2012 distribution point that was running on a workstation, I got the following error on at least 1/3 of the PCâ€™s. 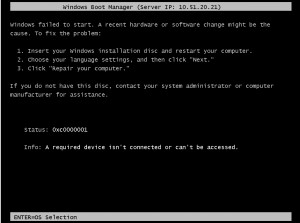 After several hours of troubleshooting I turned to Wireshark (should have done that earlier). I found that the PCâ€™s that stopped during the TFTP transfer suddenly stopped receiving data from the PXE point.

I then started using Wireshark on the PXE point, it looked like the PXE point simply couldnâ€™t manage the load of 10 simultaneous PXE booting computers.

That made me look at the advanced network adapter settings in the device manager. I changed the Receive and Transmit buffers from 512 to 2048. 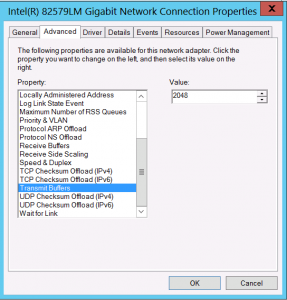 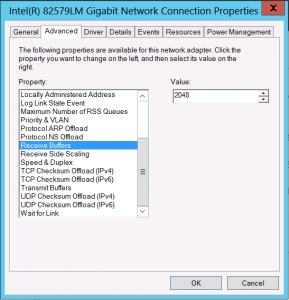 This entry was posted in Operating System Deployment. Bookmark the permalink.